Proper Placement of Smoke Detectors in the Home 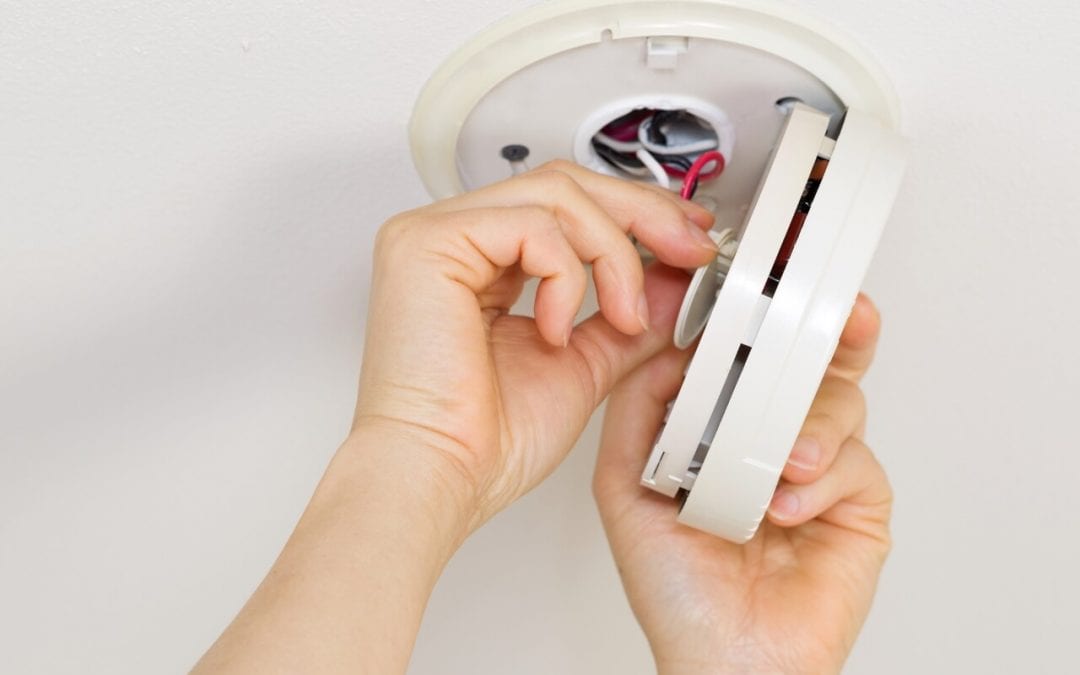 Every year in the US, fires cause thousands of dollars in property damage. The most significant losses occur in homes without functioning smoke detectors. As a homeowner, you want to protect your property and family. Make sure your house has enough detecting devices and learn more about the proper placement of smoke detectors in the home.

Because people aren’t alert when they are sleeping, it’s necessary to have a functioning smoke detector in each bedroom. Install the detectors on or close to the ceiling and away from windows and HVAC vents.

It’s important to install a smoke detector in the hallway outside of each bedroom. This way, if a fire breaks out elsewhere in the home, sleeping residents will be alerted before the smoke gets to their room.

Often homeowners uninstall or deactivate the smoke alarm in the kitchen. Because the majority of house fires start in the kitchen, this practice is unsafe. To reduce the chance of a false alarm, place your kitchen smoke detector at least 10 feet away from any cooking appliance.

Install a Detector in the Garage

If a fire breaks out in the garage, people in the home may become aware of it too late. Make sure there is a working smoke detector in the garage to provide an early warning to your family members.

Smoke Detectors in the Stairwells

Every level of the home should have at least one detecting device. Smoke alarms at the top of the stairwell will alert people in the home that there is a fire on another level.

The clothes dryer is a cause of fires because of the potential for lint to build up and ignite. Install a smoke detector in the laundry room to warn of fire in that area of the home.

Smoke detector placement is important to provide an early alert to smoke and fire. Make sure your devices are working by testing them once a month. At least twice a year, replace the batteries and replace the devices every decade.

Rambo Inspection Services provides home inspections for Chicagoland. If you’re buying or selling a home, contact us to book an appointment.